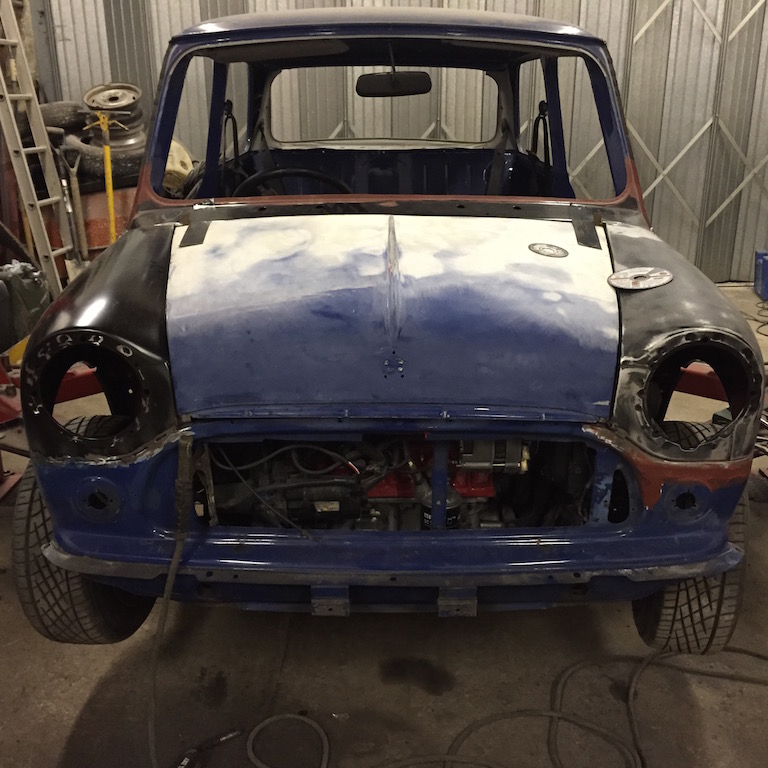 CCRR take on all sorts of body, and mechanical, work but specialise in classic Minis. In mid-November work began on this Rover Mini Sprite, which was in need of restoration.

Once stripped down the car there was a clear path forward. The sills were removed and replaced first, followed by work to rectify holes drilled for sport pack arches by a previous owner. The rear valance was replaced; as was the scuttle, closing panels, front wings and A-Panels. These were replaced with Heritage supplied by the customer and other parts such as the inner sills were fabricated in-house.

This week the bodywork will be prepared for the respray. The mini will then have a full exterior respray in its original blue with a black roof for contrast.