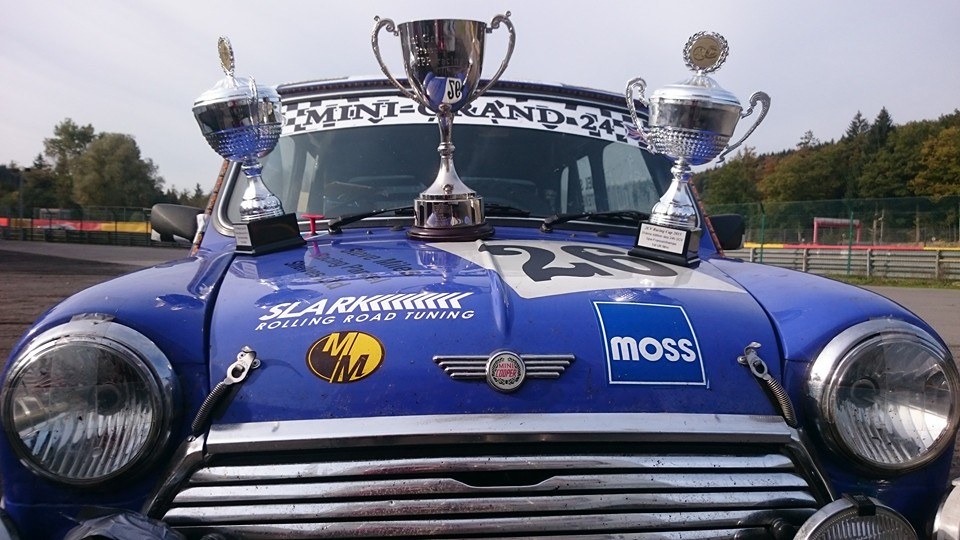 Well 2015 was one of our busiest years ever, hence the lack of updates! In the workshop the rebuilds have been coming thick and fast. Lots of Minis for rebuild and repair and to round off the year an MGC full body rebuild and paint.

On the track we have had some good results including two wins in the Super Mighty Mini championship and third overall in the championship.

Our team succumbed to gearbox trouble at a very wet and windy Anglesey circuit in August and did a complete engine change in a record time of 1hr 10 mins to finish the race fourth in class!

We then took the win at Spa Francorchamps in October, competing in the  2cv 24hr race once again in the Mini Grande class.

For 2016 we have a new logo in the making, watch this space!